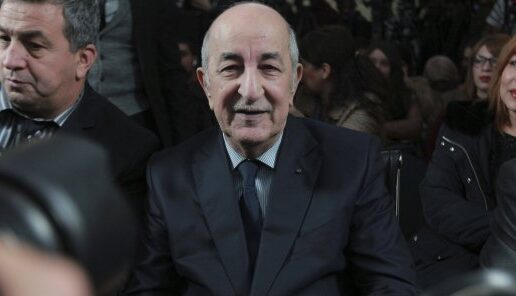 The Joy of Screw-You Money

According to President Abdelmadjid Tebboune, Algeria is head-strong on soliciting for loans from IMF and international financial institutions despite the harsh financial climate instigated by the fall in oil prices.

The Law of Power - Despise the free Launch

Algeria is heavily dependent on oil production, which generates over 90% of the country’s export receipts, and its foreign exchange reserves have fallen drastically from €162.4bn in 2014 to close to €57bn at the end of 2019.

Confronted with falling oil prices and the economic shutdown brought on by the COVID-19 pandemic, Tebboune said that Algeria would prefer “to borrow from its own citizens, rather than the IMF or the World Bank”, recalling the negative experience the country had when it took out loans from the IMF in the early 1990s.

Tebboune also pointed out that the informal sector, which encompasses players outside the traditional financial system, represents “between 6trn and 10trn Tunisian dinars (between €42.57bn and around €71bn)”, guaranteeing that the owners of the funds would have “every assurance and incentive  to contribute to the national economy”.

“I would rather borrow from Algerians than from the IMF or other foreign banks” because “when we borrow from foreign banks, we can’t discuss Palestine or the Western Sahara”, two very important causes for Algiers, said Tebboune.

“In dealing with the coronavirus crisis, our strength was that we weren’t in debt”, he added.

A lesson he will never forget

Tebboune emphasised that certain “friendly” nations – without specifying which – had offered Algeria “loans”, but that he had declined them for the time being.

Algeria’s president also confirmed that the country would not resort to printing currency, as he thinks doing so could ultimately lead to skyrocketing inflation.

Key point: True wealth is in financial knowledge not cash!

The clock is ticking for e-cig companies to block

Beats did something today, after all

The clock is ticking for e-cig companies to block

Beats did something today, after all